Bangladesh urges countries to ramp up climate ambition by 2020 deadline 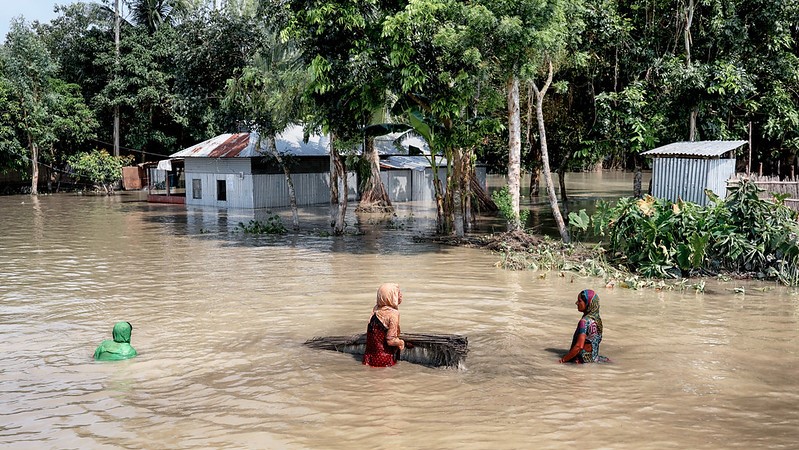 Bangladesh is one of the world's most vulnerable countries to the impacts of climate change (Photo: Flickr/Mohammad Rakibul Hasan)

Bangladesh has urged all countries to raise their climate ambitions and submit new emissions reduction targets for 2030 by the end of this year.

At a virtual Climate Vulnerable Forum (CVF) event on Wednesday, Bangladesh prime minister Sheikh Hasina called on countries on the frontlines of climate change to set an example to big emitters.

Last month Hasina took over as chair of the forum, a coalition of 48 developing countries vulnerable to the impacts of climate change. It is her second time chairing the committee – she previously held the position between 2011-2013.

At the event, Hasina stressed the importance of submitting increased climate targets, known as nationally determined contributions (NDCs), to the UN by midnight on 31 December 2020.

“The time to act is not tomorrow but today. We are destroying the support systems that are keeping us alive. This is a clear point of no return,” Hasina said.

Low-lying Bangladesh is one of the world’s most vulnerable countries to climate change and sea level rise. Last month the country suffered severe flash floods, following its heaviest rain in almost a decade.

Hasina said Bangladesh opened a global climate adaptation office in its capital Dhaka last month to bolster climate resilience in the region. The country spends around $2 billion, 1% of its GDP, each year on climate adaptation programmes, including planting millions of trees and flood-resistant crops.

Despite her call to action, Hasina did not announce when Bangladesh would deliver its updated climate plan.

Under the Paris Agreement, signatories are expected to update their climate pledges every five years, starting in 2020. To date, 13 have delivered, covering 3.6% of global emissions.

The Marshall Islands, the former chair of the climate forum, was the first CVF nation to submit an updated NDC in November 2018, setting a goal of slashing emissions 58% below 2010 levels by 2035, on a path to net zero in 2050.

“I see the pandemic as a testament of our ability as humans to adapt and to also give us the opportunity to build back better. Better though is an empty promise, unless we put a fight against climate change within the response and recovery,” president of the Marshall Islands David Kabua said during the event on Wednesday.

Rwanda and Vietnam have also submitted new NDCs over the past two years. This leaves 45 CVF countries that still need to update their targets.

Matthew McKinnon, lead advisor on the Climate Vulnerable Forum at the Global Center on Adaptation, told Climate Home he did not know when other members planned to submit their updated plans.

Former UN secretary-general Ban Ki-Moon told the forum that global emissions need to be cut by 7.6% a year over the next decade for the toughest 1.5C temperature limit of the Paris Agreement to remain within reach.

“We need to redouble our efforts before we pass the point of no return,” he said “If the poor and most vulnerable [countries] are acting then so can any nation.”

The NDCs set out by countries in 2015 will collectively lead to a 2-3C rise in global warming and must therefore be updated, Ban said. He added that cities such as Bangladeshi capital Dhaka “will simply cease to exist in a three-degree world.”