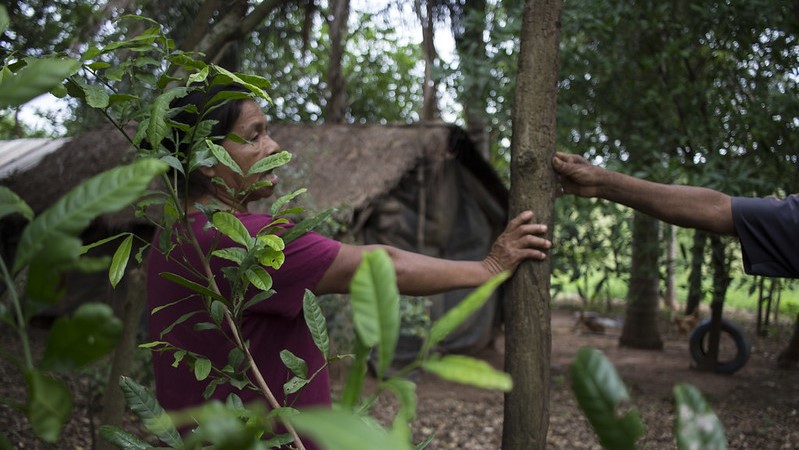 As demand for carbon offsetting grows to help companies meet their climate goals, Mark Carney is driving efforts to scale up the voluntary carbon market, while improving its environmental integrity.

With a recent surge of carbon neutrality pledges, many businesses around the world are looking to offset the emissions they cannot cut.

Demand for carbon credits has risen rapidly in the past two years, with the volume of emissions reduction claimed doubling between 2017 and 2020. It is expected to continue to soar in the near future as companies look for ways to meet their newly set goals.

“It’s incredibly important that the ‘net’ in net zero, the offset is credible, verifiable, transparent and is preserving that precious and very limited carbon budget,” Carney, the UN special envoy for climate action and finance, told the Green Horizon finance summit on Tuesday.

Today, the voluntary carbon market is “opaque, cumbersome and fragmentated” and “struggle[s] with low liquidity and scarce financing”, Carney said.

In 2019, just over $300m worth of trading took place on the voluntary market “when these projects should be measured in the tens of billions dollars per year,” he added.

UK climate champion: Oil majors can join the ‘race to zero’ – if they align with 1.5C

Carney convened as taskforce in September to design a blueprint for scaling up the market into a transparent, verifiable and resilient emissions trading mechanism, which is expected in January 2021.

On Tuesday, the initiative chaired by Bill Winters, group chief executive of Standard Chartered, and sponsored by the Institute of International Finance (IIF), published its first set of 17 recommendations, which it opened to consultation until 10 December.

The taskforce found efforts to upscale the market will need to be “significant”, estimating voluntary offsetting would need to grow at least 15-fold between 2019 and 2030 to support levels of investments consistent with limiting global heating to 1.5C – the upper goal of the Paris Agreement.

Demand for voluntary carbon credits is expected to exceed 88 million tonnes of CO2 equivalent in 2020. That “is still notably short of what is needed to support net zero [emissions targets], estimated to be at least 2 gigatonnes of CO2 per year by 2030,” the taskforce found.

On the supply side, “there is no shortage,” said Annette Nazareth, Partner at Davis Polk and the taskforce’s operating lead. And while demand has fluctuated, there is a groundswell of interest among companies, including small and medium-size businesses, added Tim Adams, president and CEO of the Institute of International Finance.

At scale, the voluntary carbon market could “create an enormous green investment opportunity much of which, if not most of which, will flow to emerging and developing economies bringing vital capital flows and investments at the time when the transition is imperative,” Carney said. “In order for any of that to happen, we need a functioning and professional market.”

Many climate campaigners are sceptical of carbon offsetting, warning it could give polluters a free pass without driving genuinely additional emissions cuts.

For example, oil majors have made big investments in forestry offsets in recent years, to burnish their green credentials.

Of forestry and land use credits issued on the voluntary carbon market in 2019, nearly 90% were projects aiming to protect existing forests at risk of land-use change or deforestation, known as Redd+, according to data from Ecosystem Marketplace.

Margaret Kim, CEO of Gold Standard, one of the main certifiers of voluntary carbon market projects, told Climate Home News these forestry credits – which account for around a third of the market — lacked integrity. It is too easy to game the baseline and ignore deforestation that is displaced outside the project boundary, she explained.

“Companies should reduce within and finance beyond — particularly those major polluters like the oil and gas industry who seem to be very keen to enter into this forestry offset market,” she said. “Many [oil and gas companies] are setting targets that are not in line with what science says is needed and are seeking to profit from markets that are aiming to solve a problem that they created.”

The Carney taskforce emphasised buying credits was no substitute for a company cutting its own emissions and called for stronger quality control. It stopped short of adjudicating which types of project were valid.

While she supported scaling up the market, Kim cautioned against “force-fitting all the private sector finance into the voluntary carbon market”.

“The voluntary carbon market should be used as a catalytic tool, not as a means to deliver private finance. It is important to set that expectation. We can’t… just hope the market is going to solve the problem.”