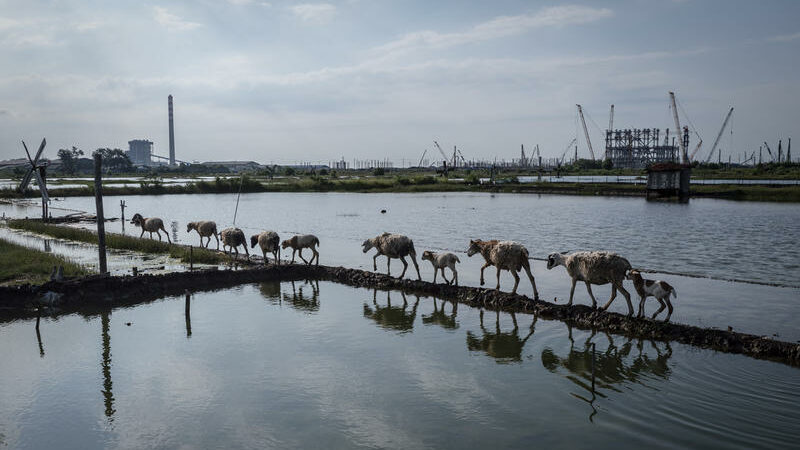 While most western development banks ruled out lending to coal plants years ago on climate grounds, plenty of Asian institutions are still willing to back them.

The Finance in Common summit convened by France this week went some way to bridge the divide, with more than 400 public development banks worldwide agreeing to “work towards” phasing out coal finance.

That vague commitment was too much for the ADB and AIIB, who were notably absent from the list. But our sources tell us Japan’s lead aid agency JICA dropped its opposition to the language on coal after intervention from its government, which recently declared a 2050 net zero emissions target.

Under a net zero strategy, it makes no sense to build a plant that will continue polluting for 40 years. If the latest raft of targets are to mean anything, they must swiftly be followed by greener investment decisions.

The European Investment Bank is tightening its lending rules to exclude oil and airport expansion projects, albeit with wiggle room for intermediaries to follow less strict criteria.

The news networks called the US presidency for Joe Biden on Saturday, after he swung Pennsylvania. Donald Trump is being as ungracious in defeat as expected, refusing to concede and firing off ALL-CAPS tweets with unsubstantiated allegations of voter fraud.

It is a shaky time for US democracy, but a hopeful one for the climate, with grassroots movements organising to hold Biden to his campaign promises, against probable obstruction in the Senate.

On the diplomacy front, we can expect an engaged and even confrontational White House, with Biden threatening to “name and shame climate outlaws”. Here’s who could make the list.

In the private sector, the Race to Zero campaign is cranking up a gear this week, with a series of events aiming to mobilise climate action across a range of sectors.

Cop26 climate champion Nigel Topping told Climate Home News his team is working on guidance for — among others — the oil and gas sector on how to align with a 1.5C warming limit.

There will be “no ideological exclusion” of oil companies and he hopes to get some on board next year — but they must be genuinely committed to cutting emissions, not relying on carbon offsets.

Mark Carney is leading the charge for better quality control as the market scales up, but with no civil society engagement on his taskforce, campaigners are greeting the blueprint with distrust.

Greenpeace’s Doug Parr described it as “a very dangerous document”, saying “deep and profound problems” with the offsetting agenda have not been addressed.

Having scanned the report for a scale up of voluntary offsets, it feels like a very dangerous document

The scope for greenwash is very high, continuing business as usual for the convenience of existing corporate interests