UN chief Antonio Guterres warned “the planet is broken”, calling for a “quantum leap” on getting to net zero emissions in 2021 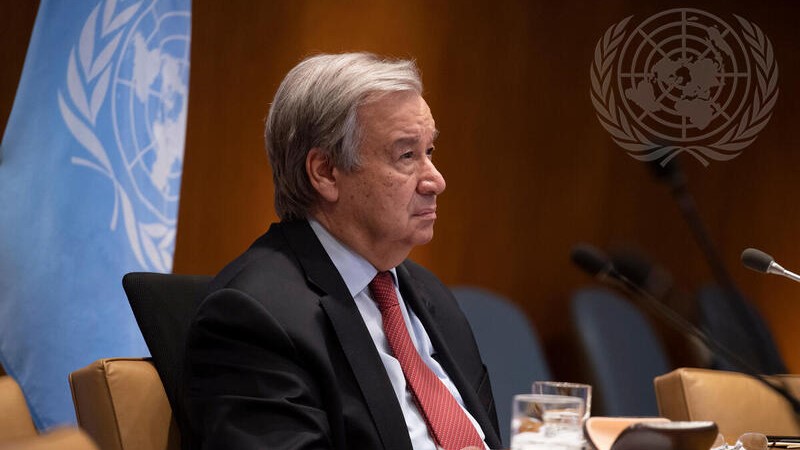 In a major speech to Columbia University in New York on Wednesday, Guterres elevated climate action and the restoration of nature to one of the most important tasks for the international community and the multilateral order that underpins the UN’s work.

“We are facing a devastating pandemic, new heights of global heating, new lows of ecological degradation and new setbacks in our work towards global goals for more equitable, inclusive and sustainable development. To put it simply, the state of the planet is broken,” he said.

“Making peace with nature is the defining task of the 21st century. It must be the top, top priority for everyone, everywhere,” he said, adding that the recovery from Covid-19 was “an epic policy… and moral test”.

To that end, “the central objective of the United Nations for 2021 is to build a truly global coalition for carbon neutrality. I firmly believe that 2021 can be a new kind of leap year — the year of a quantum leap towards carbon neutrality,” he said.

The Intergovernmental Panel on Climate Change found global emissions needed to fall 45% from 2010 levels by 2030 and reach carbon neutrality by 2050 to keep the world on track to limit global heating to 1.5C – the tougher goal of the Paris accord.

The EU has already committed to cut its emissions to net zero by 2050 and Joe Biden was last month elected president in the US promising to set the same goal.

Analysis by Climate Action Tracker, an independent group of researchers and scientists, found that if all governments meet their carbon neutrality pledges, including China and Biden’s incoming administration, warming could be limited to 2.1C by 2100 — within striking distance of the Paris temperature target. Current policies set a course for 2.9C.

In total, 127 countries, responsible for around 63% of emissions are considering, or have adopted, net zero targets.

“We must turn this momentum into a movement,” Guterres said.

Guterres called on every country, city, financial institution and company to adopt plans to achieve carbon neutrality by 2050 and cut emissions 45% by 2030.

But he warned pledges “must pass a credibility test,” singling out the shipping sector for failing to set policies in line with the ambition needed. Earlier this month, countries approved a package of fuel efficiency measures expected to shave just 1% off shipping emissions this decade.

But while momentum is growing for achieving climate neutrality in the next three decades, short-term plans to 2030 are not reflecting that ambition and emissions are still growing.

Two major reports by the World Meteorological Organisation and UN Environment Programme published on Wednesday found that while 2020 is on track to be among the three hottest years on record, governments are supporting fossil fuel sectors.

To stay within reach of the 1.5C goal, fossil fuel production needs to fall by average 6% every year in the next decade, according to the Production Gap report. Instead, before Covid-19, fossil-fuel producing countries planned to increase their output by a global annual average of 2% to 2030 — heading the world “in the opposite direction,” Guterres said.

In recent years, the UN secretary general has taken it upon himself to raise climate action to the very top of the global agenda, taking a stand against rising nationalism and maintaining momentum in the wake of the US retreat from the Paris climate agreement.

The world’s major emitters failed to answer his call to bring concrete plans, not speeches to cut emissions to net zero during a special UN summit for climate action in New York last year. But leaders are expected to show more progress at a summit co-hosted by the UN on 12 December, and in the run-up to next year’s Cop26 negotiations in the UK.