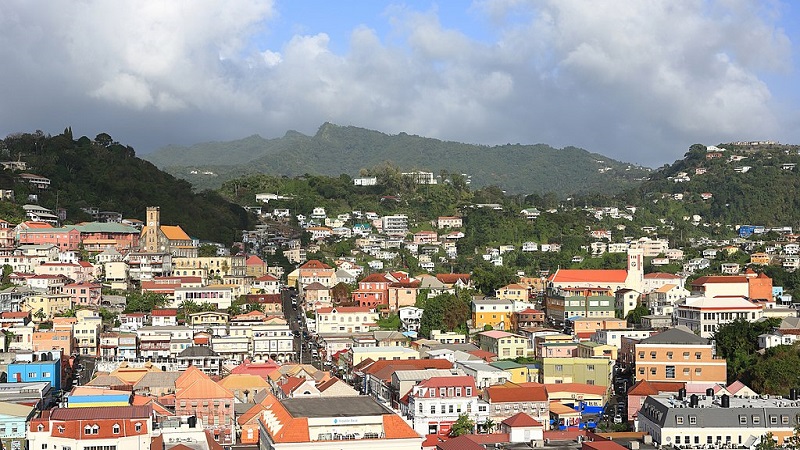 With abundant sunshine and three active volcanoes, the Caribbean islands that make up Grenada are perfect for solar and geothermal power. Yet, despite the government’s concern about climate change, they get nearly all their electricity from expensive and polluting diesel.

Speaking to Climate Home News, Grenada’s finance minister Gregory Bowen said successive governments were desperate to change this but had their hands tied by a privatisation deal made nearly 30 years ago.

On advice funded by the World Bank, the current government pursued reforms to support renewables – only to be ordered to renationalise the electric utility by a World Bank tribunal, for $58 million plus legal costs.

As the government seeks to recoup some of the costs by selling shares in the utility, Bowen held up the three decade-long struggle as a cautionary tale. “It has significantly prevented us from going into renewables and we do not believe any country, any small country, should enter any such agreement,” he said.

In the 1980s, almost all developing countries had nationally owned electric utility companies. The only major exception was Chile, then run by free-market dictator General Augusto Pinochet. In the 1990s, they started to sell them to private companies, cheered on by institutions like the World Bank.

One of those countries was Grenada. In 1994, on advice from the World Bank, it privatised its electric utility, Grenlec. The then government sold a controlling interest to a small family firm in Florida called WRB Enterprises, which made its money primarily by selling Caterpillar construction machinery and whose only electricity experience was in part of the Turks and Caicos.

Bowen, who ran Grenlec when it was state-owned, described the privatisation contract as one-sided and “the worst deal that could ever have passed” for Grenadians.

Bob Blanchard, chief executive of WRB, disputed that characterisation, telling Climate Home News the company shouldered its fair share of risk. “Every decision we made if it backfired came on the stockholders not the rate-payers,” he said.

Among the deal’s conditions was that, if the country’s currency collapsed, there was civil unrest or its power supply was wrecked by a hurricane, flood or fire then the government would have to buy Grenlec back. Any change to the law that impaired the value of Grenlec’s assets could trigger a “repurchase event”. The price would be determined by a formula in the contract which Bowen says “had nothing to do with fair value”.

Meanwhile the rate-setting framework allowed Grenlec to pass on any increase in the oil price to consumers.

Between 2011 and 2015, Grenada’s energy costs per kilowatt hour were between four and ten times more expensive than those in the USA, although similar to some Caribbean neighbours’. In a recent press conference, Grenadian foreign minister Oliver Joseph described high electricity costs as “stifling economic growth” by putting off manufacturing companies from investing.

Gas prices are going up again today. Grenlec also said that their fees are increasing because of the rise in the cost of fuel.

As solar power costs dropped, rooftop panels could have been a cheap and clean alternative for Grenadians. But they had to get a licence from Grenlec and sell any excess electricity to them, or face up to six months in prison. The number of licences available was limited – to avoid overloading the grid at particular locations, according to WRB.

Originally, surplus electricity from rooftop solar was sold to Grenlec through a “net metering” scheme, with a ten-year fixed price of $0.17 per kWh. But, Blanchard said, this was “very costly to the company”. It was replaced with “net billing” system, under which Grenlec deducted the cost of the fuel it would otherwise have used to supply the property. According to the International Renewable Energy Agency (Irena), this “resulted in limited installation of installed capacity, as consumers perceive the payback period as too risky”.

The only problem I have with WRB and Grenlec is the monopoly on electricity. If I wanna get off the grid I should be able to

In this monopolistic system, Grenlec would have to drive any large-scale transition to renewables. This transition did not take place. Grenada achieved barely a tenth of its target to get 20% of its electricity from renewables by 2020.

The government blames the 1994 deal which it says gave Grenlec no incentive to invest in renewables. The Inter-American Development Bank agreed, saying the deal “enabled a monopolistic, fossil fuel biased development of the electricity sector, severely hampering the development of renewable energy technologies”.

WRB’s Blanchard insisted the lack of progress was “not through lack of trying” on the company’s part. He blamed Bowen’s conservative New National Party, complaining the government had not supported attempts to purchase land from the state or absent private landowners for solar and wind farms.

What’s not clicking for Grenada? Truly. We just have our renewable resources going to waste. Talk, talk, talk bit no action https://t.co/HeScr8xqBd

In 2016, a World Bank-financed project led to reforms which shortened Grenlec’s 80-year license, opened up electricity generation, changed the way electricity prices were set and took away its tax concessions.

This draft law was overseen by a consultant who was paid $115,000 by the World Bank to advise on the implications of the reforms on the 1994 deal and “strategies to avert arbitration”. Two more World Bank-financed consultants then reviewed the law.

After all that, WRB argued the law was a “repurchase event” and took Grenada to the World Bank’s International Centre for Settlement of Investment Disputes (Icsid) to try and force a sale.

Following a two-year court case and nearly $15 million in legal costs, the three Icsid arbitrators ruled in WRB’s favour. They ordered Grenada to pay the company $58m plus costs – nearly a tenth of the country’s $786m projected 2020 revenue – to buy back a share in Grenlec.

Blanchard also criticised the World Bank. “They were funding an effort that was ill-conceived and was going to potentially run down the risk of where we ended up with an Icsid case and an arbitration. Their position was that all they are doing is providing the funding. What the government does with that funding is up to the government.”

This case could have consequences for other nations. While there is no concept of “precedent” in international law, Icsid arbitrators can take “inspiration” from past rulings.

The tribunal ruled that WRB was under no legal obligation to share the government’s view of Grenada’s best interest. Martin Brauch, a legal researcher from the Columbia Center on Sustainable Investment, told Climate Home this ruling ran “dangerously close” to denying the government’s right, which is enshrined in international law, to determine the public interest and regulate accordingly. “Its decision may have that detrimental effect,” he added.

Gus Van Harten, a lecturer in international investment law at Osgood Hall law school, said that investor-state dispute settlement law is “full of these failed privatisation deals – these terribly negotiated deals”. He added that the ruling “shows how energy privatisation contracts can bind governments for generations”.

Having been forced to nationalise Grenlec, the government is now trying to sell shares in Grenlec – but does not expect to get what it paid for them. This time, Bowen said they only want to sell to Grenadians. The plan is to install a “competent management company to take it into the 21st century”.

So when things settle a bit more, we buying shares with Grenlec awa? Or we don’t trust😅? pic.twitter.com/hPEff4AGO1

With control of energy policy, the government is aiming for at least 30% (and up to 100%) of electricity to be generated renewably by 2030. The US National Renewable Energy Laboratory estimates it has the potential for 20 MW of wind power, 25-50 MW of solar power and more than 50 MW of geothermal. The country’s electricity generation capacity is currently around 50 MW.

Despite the bad experience, Bowen said, the government is still looking to the World Bank for support, along with other multilateral development banks and the Green Climate Fund (GCF).

Most climate finance from rich countries is in the form of loans, many of them on not so generous terms. Bowen called for grant funding. “If we get grants we can make the price come down significantly and maybe over 30 or 40 years we could cover the $63m we paid due to this whole scenario between the World Bank and ourselves,” he said.

This article was updated to clarify that the government was planning to divest shares in Grenlec, not find a new private buyer.