Ngozi Okonjo-Iweala brings an awareness of climate issues to the UN trade body, where member states are set to clash over carbon border taxes 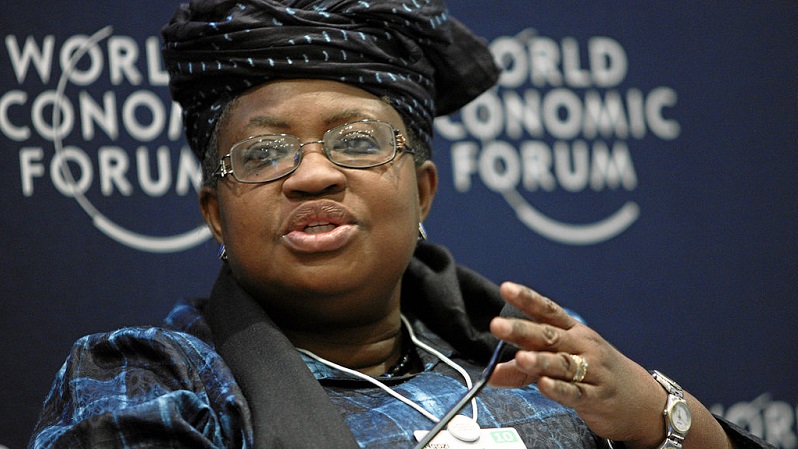 Climate leaders are celebrating the election of Ngozi Okonjo-Iweala as director-general of the World Trade Organization on a platform of reform, while experts caution her influence will be limited in the member-led forum.

Former Nigerian finance minister Okonjo-Iweala becomes the first African and the first woman to lead the WTO, after the new US government reversed Donald Trump’s block on her nomination.

It is done! Thank you @WTO members for finalizing my election today and making history. In the 73 years of GATT and WTO, honored to be First Woman and First African to lead. But now the real work begins. Ready to tackle the challenges of WTO. Forget Business as usual! pic.twitter.com/apnAalHWf5

She has previously co-chaired the Global Commission on the Economy and Climate and was elected on a promise to “update” the WTO rulebook to take into account “21st century issues” like “the green and circular economies”.

As her election drew closer, she thanked African, EU, Caribbean and Pacific leaders and singled out Mia Mottley, Barbado’s prime minister who has campaigned for debt relief and climate action, for her support.

Okonjo-Iweala’s victory was celebrated by climate diplomats including Laurence Tubiana, CEO of the European Climate Foundation, and the president of this year’s UN climate summit Alok Sharma.

Congratulations to .@NOIweala. you are the chance to make WTO work for more social justice. You can make it fit to adress the major world crisis : health, Climate, biodiversity https://t.co/kYYEnzkrId

Kyte said the WTO director-general has a “soft power bully pulpit” and could use this to help decarbonise the global economy in a fair manner.

The WTO is set to become a battleground for climate action. The European Union is drawing up plans to tax polluting products at its border, with the US and UK considering similar measures. Russia and Australia argue such carbon border taxes are against the WTO’s anti-protectionism rules.

Any member of the WTO could challenge a carbon tariff in front of a dispute settlement panel and then an appeals panel.

Speaking to Climate Home, experts cast doubt on how much influence Okonjo-Iweala would be able to exert over these diplomatic and legal clashes.

Veena Jha, a Delhi-based economist and former UN trade official, said that, if done wrong, “a border tax on carbon will become a nightmare and a trade war”.

The director-general can be asked to mediate before a trade dispute goes to arbitration, said Jha, but this is not the norm.

Harro Van Asselt, climate law and policy professor at the University of Eastern Finland, said that Okonjo-Iweala “will have a huge job in getting an organisation in crisis out of the woods”.

Donald Trump’s administration deliberately sabotaged the WTO’s institutions by blocking the appointment of any new members to its appeals panel. This left the organisation unable to enforce its rules, creating a backlog of unresolved cases.

While Okonjo-Iweala’s climate experience and comments were “encouraging”, Van Asselt said member states drove the agenda. “In that regard it will be more important to see how receptive the US and China will be to reforms aimed at greening the WTO.”

Egypt expresses an interest in hosting Cop27 climate talks in 2022

As well as the carbon tax, the EU has proposed removing tariffs on renewable energy technology and services, for discussion at a WTO ministerial conference in Kazakhstan in June.

A similar initiative, called the environmental goods agreement, floundered in 2016 as countries couldn’t agree on the definition of an environmental good. For example, the EU refused to remove tariffs on imported bicycles.

The EU’s latest proposal initially focuses on a narrower range of products – renewable energy technology and then “possibly” recycling equipment.