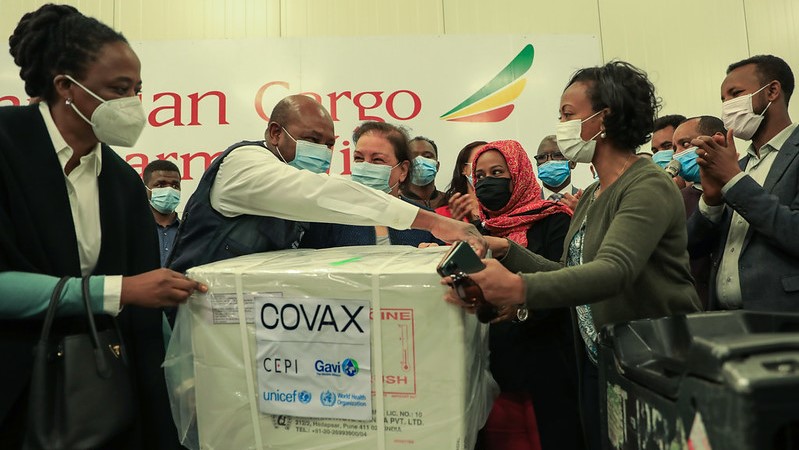 Climate diplomats in developing countries and civil society groups have warned that slow vaccine rollouts in poorer nations threaten the inclusivity of negotiations at the Cop26 summit in November.

The UK host to the Cop26 summit in Glasgow, Scotland, has repeatedly said it is planning for the UN climate talks to be held in person while continuing to monitor the Covid-19 situation. Prior to the pandemic, the event was expected to involve 30,000 delegates.

“I’m very keen to champion the voices of developing nations. It’s an important reason why we want to make sure that the event in Glasgow is a physical event so they can sit at the same table,” Cop26 president designate Alok Sharma told British lawmakers on Thursday.

For in-person talks to take place, all delegates will need to have been vaccinated and robust and repeated testing will have to be carried out before, during and after the summit, according to Linda Bauld, professor of public health at the University of Edinburgh and an adviser to the Covid-19 committee of the Scottish Parliament.

“It’s fine for politicians to be bullish about saying it’s going ahead but there is a lot to think about here,” she told Climate Home News, citing challenges to vaccines rollouts in developing nations.

“Without vaccines for delegates, we could end up creating a global superspreader event in Glasgow,” warned Mohamed Adow, director of Nairobi-based NGO Power Shift Africa.

Less than eight months ahead of Cop26 – the first test for nations to increase their climate ambition under the Paris Agreement – stark inequities in accessing Covid-19 vaccines is testing the international solidarity on which the climate talks are based.

Just like the #ClimateCrisis, COVID19 is a stress test for international solidarity. Both crises can only be defeated if we work together.

I therefore whole-heartedly support the UN SG @antonioguterres‘ call for vaccine equity. As he said: “We’re only safe once everyone is safe”

In private, three climate diplomats from developing nations told Climate Home News they expected vaccinations to be necessary if the talks were to be held in-person, not only to protect Cop26 participants but also their families, friends and colleagues when they travel home.

“Vaccines diplomacy is in a way a reflection of the reality of the negotiations. Countries defend their own interests first and the idea of global action to face a global challenge is tested clearly in the way vaccines are provided to developing countries,” said one developing country diplomat.

While the UK Cop26 host is far ahead in delivering vaccines to its population, dozens of countries are still waiting for their first shipment to arrive.

Last month, the UN described the pace of progress as “wildly uneven and unfair” when just 10 countries had administered 75% of all Covid-19 vaccines while 130 nations hadn’t received a single dose.

LDCs need vaccines and support. There could not be a better time for empathy and solidarity.

Holding in-person talks means “you would have to vaccinate every negotiator,” another developing country diplomat told Climate Home News.

“How do you do that when [many] developing countries haven’t started to vaccinate their most vulnerable people? How is it going to look when the only people vaccinated in half the countries in the world are UN negotiators?”

Tasneem Essop, executive director at the Climate Action Network International, said Cop26 delegates should not be given priority to vaccines.

“That is not equitable, that is queue-jumping. How do we justify delegates coming to Cop being vaccinated before health and frontline workers?” she told Climate Home News. “We need to see a global effort to ensure equitable access to all countries. This is not what we are seeing.”

As Cop26 host, UK government should “play a championing, and visible role in ensuring much stronger solidarity in the roll out of the vaccines,” Essop said. For Adow, that should include ensuring all Cop26 delegates and their families receive the vaccine before the summit.

“We believe it lies within the responsibility of a Cop presidency and all bureau members to uphold and honour the principle of equal vaccine distribution,” they wrote.

They suggested countries should redistribute surplus vaccines and support a proposal by India and South Africa to waive patents for Covid-19 vaccines so production could be scaled up.

Professor Bauld said she expected vaccination certificates to be rolled out by the time Cop26 is due to take place in November. Plans for vaccine passports are already being considered by a number of countries, including the EU.

A briefing note prepared by the University of Edinburgh said this certification alone should not determine whether someone can travel or access an event. Negative PCR tests for example could be considered as an alternative.

One African diplomat warned against making vaccination a requirement for delegates to attend Cop26. “If some countries are not in the position to access vaccine then it will be an act of excluding them.”

Neither the UK nor UN Climate Change have directly responded to questions over whether Covid-19 vaccination will be a prerequisite for delegates to attend the conference.

“Working with the UN and others we will have to see how we can mitigate the risk of people not being able to come to Glasgow,” Sharma told UK members of parliament on Thursday.

A Cop26 spokesperson said the summit team was “exploring what different scenarios might mean for Cop26 and how we plan for that, whilst putting the health of the participants and the local community first.”

UN Climate Change said discussions were ongoing “on all levels” but a source with knowledge of discussions at the bureau said they had not heard any discussions about vaccines access in relation to Cop26 preparations.