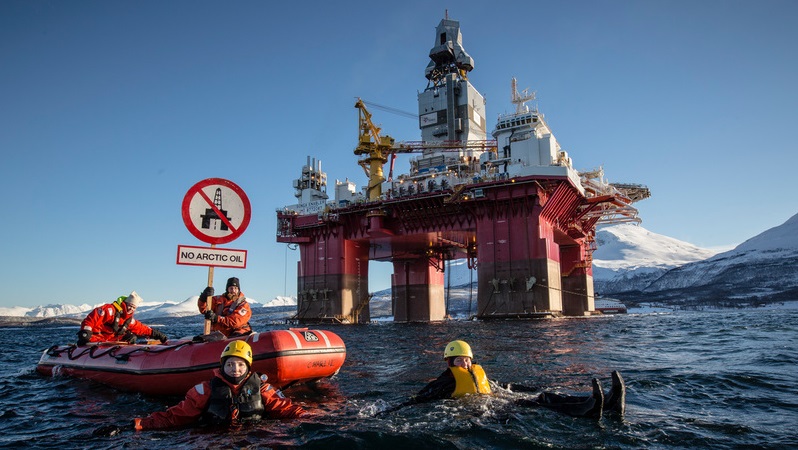 The Norwegian government is planning to continue to expand its oil and gas industry by handing out more licences for fossil fuel exploration.

In a policy paper on the long-term value of energy resources submitted to the Norwegian parliament, the minority government said it will “facilitate long-term economic growth in the petroleum industry” and “pursue its exploration policy with regular concession rounds”.

It added: “The petroleum sector will remain a significant factor in the Norwegian economy in the years to come, although not on the same scale as today.”

Minister of petroleum and energy Tina Bru said the future Norwegian oil and gas sector will be “capable of delivering production with low emissions within the framework of our climate policy”.

Norwegian lawmakers are due to vote on the policy following the summer recess. The government will need the support of either the left-wing Labour Party or libertarian Progress Party, which sits on the right of prime minister Erna Solberg’s conservative party.

Karoline Anduar, CEO of WWF Norway, said it is “embarrassing how Norway is placing itself on the wrong side of the transition”.

The paper comes after the International Energy Agency found fossil fuel exploration must stop now if the energy sector is to cut its emissions to net zero by 2050 and the world is to limit global heating to 1.5C – the Paris Agreement’s most ambitious goal.

Greenpeace Norway’s Andreas Randoy told Climate Home News the policy paper was likely to be adopted by parliament, perhaps with amendments, as opposition parties are unlikely to agree between themselves on the way forward.

Norway’s position contrasts with other wealthy fossil fuel producers like California and Denmark, which have both pledged to stop producing oil and gas by 2045 and 2050 respectively.

Janez Potocnik, former European environment commissioner and chair of the UN Environment Programme’s international resources panel, said: “Transitioning away from fossil fuels production will be difficult for all countries.”

But, he added, Norway is “best suited to implement a just transition away from fossils”.

“Norway has a well-educated workforce, a large sovereign wealth fund, and the democratic institutions to lead the world’s fight against climate change. With the latest decisions they are seriously undermining the leadership role they could and should play.”

On Thursday, Norway released 84 new oil and gas exploration licences. Minister Bru said this was “important to maintain the level of activity on the Norwegian shelf”.

With a population of just five million, Norway is the world’s 14th biggest oil-producing country and the 8th biggest producer of natural gas.

It is a founding member of the Net Zero Producers Forum, a joint initiative to reduce emissions from fossil fuel production. The forum has been criticised for not discussing leaving fossil fuels in the ground.

The day before the policy paper was published, Norway’s state-owned energy company Equinor released forecasting which predicted that global oil and gas demand could be roughly the same in 2050 as it was in 2019.

Norway sells oil and gas abroad and puts the proceeds towards its $1.2 trillion sovereign wealth fund. But its own electricity is almost all generated from hydropower. The country is also a world leader in electric vehicle sales. Nearly half the cars sold last year were electric, thanks, in part, to government subsidies.