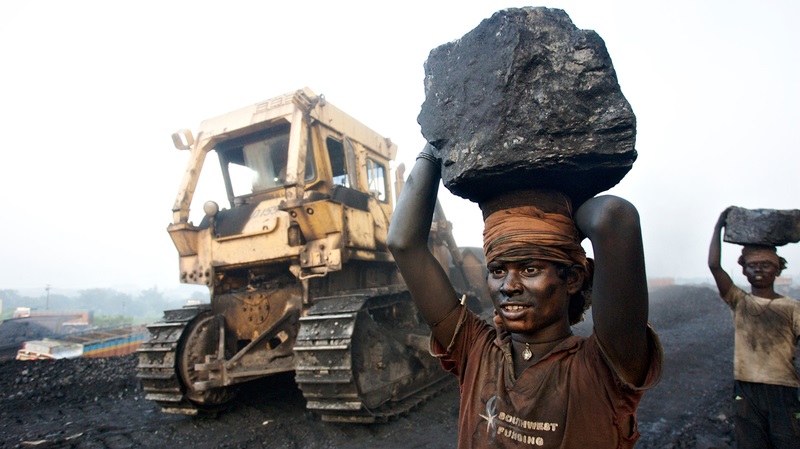 A climate fund is looking for two or three coal-dependent emerging economies to pilot a scheme to accelerate a shift to cleaner industries by mobilising private finance.

The Climate Investment Funds (CIFs) secured up to $2billion this year from G7 countries to help wean the world off coal as part of efforts to limit global heating to 1.5C – the tougher goal of the Paris Agreement.

“It is not enough to focus on clean energy investment,” Mafalda Duarte, CEO of the Climate Investment Funds, told Climate Home News in an interview. “Unless we focus on accelerating the pace at which we move away from coal, we are not going to meet the Paris Agreement goals.”

Duarte said the G7’s funding pledge was “a powerful signal” to developing nations that rich countries support their energy transition.

The CIFs is in the process of identifying two or three developing countries to pilot the programme and benefit from the first tranche of investment.

South Africa, India and Indonesia are potential candidates, where coal mining is a significant but precarious source of employment.

Earlier this week, Coal India, one of the world’s largest mining companies, responsible for around 80% of India’s coal output, announced it will cut its workforce by 5% every year for the next 5-10 years to reduce costs as it plans to close unviable mines. There was no mention of a plan to reskill workers.

Duarte urged all coal-dependent nations to get in touch. If successful, subject to support from donor countries, the programme could be extended.

The aim, Duarte said, is to “accelerate the tipping point at which it’s cheaper to build a new renewable energy power plant than maintain an existing fossil fuel plant” – something that still isn’t the case in many developing countries.

According to analysis by the Rocky Mountain Institute, in 2020 the net cost of completing the global coal-to-clean transition would have been $128 billion, dropping to near zero by 2022 before generating net savings of more than $107bn by 2025.

But, while in the US and Europe completing a coal phase out in 2020 already offered estimated annual net savings of around $9bn each, in China and India it would have resulted in annual net costs of $41bn and $21bn respectively, according to the study.

Duarte told Climate Home that, although an estimated 42% of global coal capacity is already operating at loss, “pure economics are not going to play in favour of divesting from [relatively new] coal assets in time for meeting the Paris goals”.

Divesting from existing infrastructure is a lot more complex than investing in renewable energy, she added.

To address this, CIFs will use the G7’s $2bn to de-risk private sector capital and lower investment costs to repurpose coal assets, strengthen countries’ institutional capacity to manage the transition and create alternative job opportunities and social protection schemes for communities dependent on coal for their livelihoods.

Duarte said the CIFs would use the funding to demonstrate what sort of investments have the most impact when delivered at scale to accelerate a country’s coal exit.

“And then the market picks up and private capital can scale it to the point where you are moving in the direction of solving the problem. That is the point of acceleration,” she said.

In its statement, the G7 said the $2bn in funding was expected to mobilise $10bn in co-financing from the private sector.

The CIFs mobilises $9.5 for every $1 of concessional funding it spends in middle-income countries, Duarte told Climate Home. Others say it’s not as much. Analysis by Joe Thwaites, of the World Resources Institute, finds the CIFs has so far delivered $4.7 for every $1 spent.

Perhaps most importantly, the fund will aim to showcase investments and social protection measures to support communities move away from fossil-fuel jobs.

Duarte told Climate Home there was very little research and evidence on what the transition of fossil fuel-dependent communities looks like in developing countries.

“I would say we desperately need to do work in this area and figure out how to do this. Otherwise, I don’t think we’re going to succeed,” she said.

The story was updated on 01/07/21 to add analysis on the amount of co-financing the CIFs mobilises.