EU commits €4 billion more to climate vulnerables, calls on the US to step up 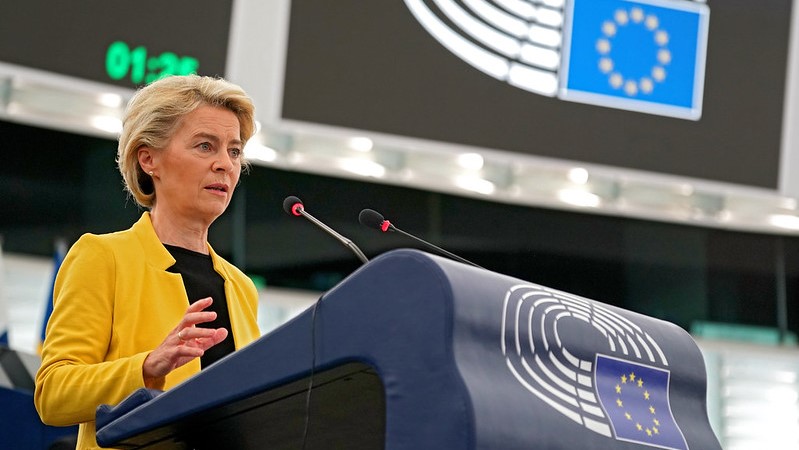 Brussels expects Washington to follow suit and step up its climate finance contribution ahead of Cop26 climate talks this November. This, she said, is critical to plug an estimated $20bn shortfall to the $100bn goal rich nations promised to mobilise annually by 2020.

Addressing the EU parliament on Wednesday, Von der Leyen told lawmakers major emitters like the EU and the US have “a special duty to the least developed and most vulnerable countries”.

“The EU contributes $25bn a year but others still leave a gaping hole in reaching the global target,” she said. “Europe is ready to do more but expects the United States and our partners to step up too.”

Developing countries have made closing the gap a condition for success at Cop26 in Glasgow, UK.

An EU Commission spokesperson told Climate Home News the €4bn is additional climate cash that will come out of the 2021-2027 EU budget and doesn’t involve new contributions from member states.

Jennifer Tollmann, senior policy advisor at think tank E3G, said this was “a strong move when the [EU is] already the world’s largest climate finance donor”, adding it was great to see Von der Leyen calling out the US.

Von der Leyen said that by closing the finance gap together, the US and the EU would send “a strong signal for global climate leadership”. “It is time to deliver now,” she said.

Recent analysis by the Overseas Development Institute found the US paid only 4% of its “fair share” towards the $100bn goal as of 2017-18. Around $40bn would be a reasonable contribution to the total based on the country’s relative wealth, population and historic emissions, they said.

While the gap can largely be attributed to Donald Trump, who reneged on the US climate finance commitments, observers say president Biden hasn’t done enough to restore US credibility on finance since coming into office.

At the US leaders’ summit in April, Biden pledged to double US climate finance contributions by 2024 from an annual estimated baseline of $2.8 billion.

Observers are hoping to see Biden promise additional money at the UN General Assembly, where he is due to speak on Tuesday.

Rachel Kyte, who advises the UN secretary general on clean energy and finance, told reporters earlier this week that climate envoy John Kerry has been “working furiously” to find a way for the US to make bolder finance commitments.

Momentum for climate action has stalled since May, with no major emitters putting forward stronger climate targets. This means there has barely been any improvement to put emissions for 2030 on track to limiting global heating to 1.5C, according to analysis by the Climate Action Tracker released on Wednesday.

“Anyone would think they have all the time in the world, when in fact the opposite is the case,” said Niklas Höhne, of NewClimate Institute.

Von der Leyen urged the US and China to step up their ambition and back their net zero emissions goals with “concrete plans in time for Glasgow,” adding that “current commitments for 2030 will not keep global warming at 1.5C within reach”

The EU Commission boss described China’s pledge to reach carbon neutrality by 2060 and peak emissions before 2030 as “encouraging” but added Beijing needed to set out how it will get there.

“The world would be relieved if they showed they could peak emissions by mid-decade and move away from coal at home and abroad,” she said.

Observers had hoped China would reveal plans for further climate action in the next decade at the UN general assembly next week, but a provisional list of speakers obtained by news website PassBlue shows vice premier Hang Zheng, not president Xi Jinping, is due to speak — reducing the likelihood of a major climate announcement.