Riyadh will invest $187 billion in climate action by 2030 but keep pumping oil and gas for decades, under a plan submitted to the UN 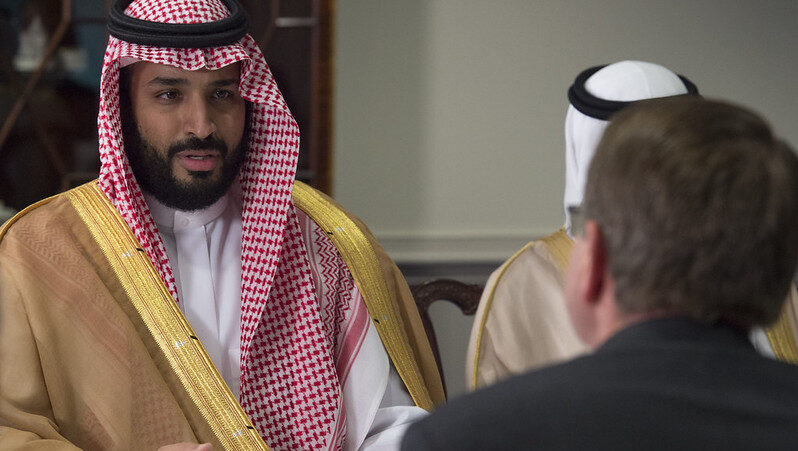 Saudi Arabia has pledged to reach net zero by 2060, without diminishing its position as the world’s leading oil producer.

One week ahead of Cop26, the Gulf state announced it will slash its emissions to net zero by 2060 and strengthen its carbon target this decade – subject to revenue from exporting oil and gas.

Neither target counts the emissions from the burning of huge amounts of oil that Saudi Arabia exports to other countries, leaving climate watchers unimpressed. The Gulf state pumps one in 10 oil barrels consumed each day in the world.

Crown prince Mohammed bin Salman announced he would invest 700 billion riyals ($187 billion) in climate action this decade and stressed that Saudi Arabia would continue producing oil and gas. The targets would be achieved “while preserving and reinforcing the kingdom’s leading role in the security and stability of global energy markets, with the availability and maturity of required technologies to manage and reduce emissions,” he said at an environment summit in Riyadh on Saturday, before meeting with US climate envoy John Kerry on Monday.

In its submission to the UN, the Kingdom said that by 2030 it would reduce, avoid and remove 278 million tonnes of CO2 equivalent a year. That is more than double its previous target of 130 million tonnes, which was ranked “critically insufficient” by Climate Action Tracker.

Observers at the Riyadh event tweeted that this amounted to a 35% reduction in emissions from business as usual.

Half of the country’s electricity in 2030 will come from renewables, according to the updated plan. Today less than 1% of Saudi Arabia’s power comes from solar, with the rest generated by burning oil and gas. The Kingdom said in March that it would plant 10 billion trees over the coming decades to combat desertification and reduce emissions.

To cut its emissions, the government said it would use a “circular carbon economy” approach, which means relying on carbon capture and storage to allow continued use of fossil fuels.

Following the government announcement, state oil firm Saudi Aramco said it would cut emissions from its operations to net zero by 2050. That applies to oil production and processing, known as scope 1 and 2, but not the much higher emissions when the fuel is consumed, scope 3.

In its new climate plan, the Kingdom signed up to a global methane pledge, joining more than 30 countries aiming to cut methane emissions 30% by 2030. At the same time, Aramco is considering an increase its oil production from 12 million to 13 million barrels a day.

“The Saudis see robust long-term demand for their crude oil, even as global oil demand shrinks. Saudi Arabia has enormous resources as well as the world’s lowest production costs. As non-Opec supply gradually declines, their comparative advantage will be clear and their market share should grow,” Ben Cahill, senior fellow at the Center for Strategic and International Studies, told Climate Home News. “At the same time, the net-zero pledge raises the pressure for Saudi Arabia to decarbonise its oil and gas production.”

“We question the seriousness of this announcement, as it comes in parallel with plans for the Kingdom to increase its oil production to 13 million barrels per day,” Greenpeace Middle East and North Africa campaigns manager Ahmad El Droubi said in a statement. “[It] seems to simply be a strategic move to alleviate political pressure ahead of COP26,” he added.

“Scopes 1, 2 and 3 and then there is Scope Saudi,” Rachel Kyte, former adviser to the UN secretary general on sustainable energy, wrote on Twitter.

The International Energy Agency (IEA) has said that investors should not fund new oil, gas and coal supply projects beyond this year if the world is to meet net zero by 2050, in line with a 1.5C global warming limit. Saudi energy minister Prince Abdulaziz bin Salman previously mocked the IEA’s 2050 target, calling it “a sequel to [the] ‘La La Land’ movie”.

The target depends on using oil revenues to diversify the economy. The climate plan outlines two scenarios. In one, oil export revenues are used to build high value industries like financial services, tourism and clean energy. In the other, oil and gas are used at home as a feedstock for petrochemicals or energy source for heavy industry. The speed and extent of economic diversification could depend on oil prices and export revenues, said Elgendy.

According to analysis by the state-backed think tank Kapsarc, oil’s share of Saudi Arabia’s total GDP has declined from 65% in 1991 to 42% in 2019.

Jim Krane, energy geopolitics expert at Rice University in Houston, said: “Saudi Arabia is serious about cutting emissions and fossil fuel use, but mostly inside its own borders. For the Saudi net zero goal to succeed, Riyadh needs the world to continue buying and burning its oil.”

Saudi Arabia and UAE, which made a similar commitment earlier this month, are using their goals to “buy influence in climate talks,” said Krane.