Major backers of coal, oil and gas projects will stop supporting them from 2023, instead backing clean energy in other countries 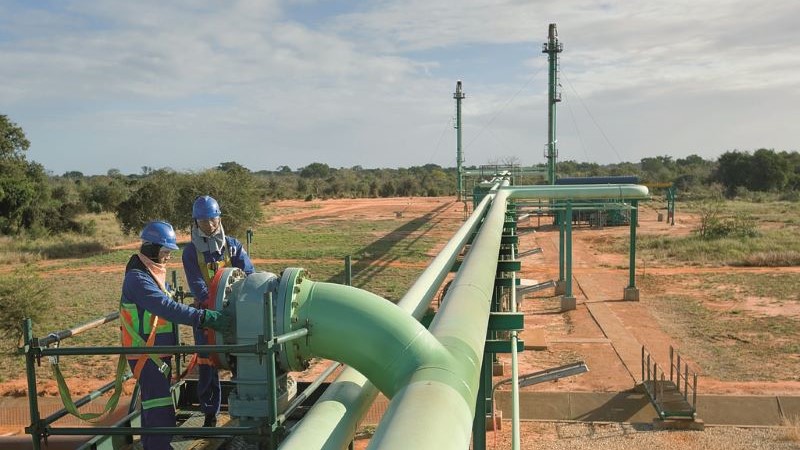 Four major economies have agreed to end their support for fossil fuel projects internationally in an announcement campaigners hailed as a “historic breakthrough”.

At an overflowing event on the sidelines of Cop26 climate negotiations in Glasgow, Canada, the US and Italy joined the UK in promising not to commit any new finance for unabated coal, oil and gas projects in other countries by the end of 2022.

E3G sustainable finance expert, Iskander Erzini Vernoit called it a “historic breakthrough that would not have been possible just a few years ago.”

As a last-minute addition, Italy was left off this map of signatories distributed by the UK government (Photo: Screenshot/Youtube/UK government)

Many developed country governments financially support projects abroad that they expect to benefit their own economies. They do this through offering export credit guarantees, so that their taxpayers bear a project’s risk rather than the private companies, or by offering loans on better terms than private banks.

Research by Oil Change International shows that, in 2018-2020, Canada was the biggest financer of foreign fossil fuels in the G20, contributing $11bn a year.

Speaking at the pledge’s launch event in Glasgow, Canadian minister of natural resources Jonathan Wilkinson cited the International Energy Agency’s recent report on what net zero by 2050 means for the global energy sector.

He said: “The report called for immediate and massive deployment of all available clean and efficient energy technologies combined with a major global push to accelerate innovation… we need to deploy public resources in a way that is consistent with our climate goals”.

The same analysis shows that the US provided $3.1bn a year while Italy contributed $2.7bn and the UK contributed $1.4bn.

John Morton, climate counsellor to the US treasury, told the launch panel: “We don’t want to be using scarce public resources to lock in assets that will become stranded in a relatively short period of time as the world continues to transition.”

Last year, the US, UK and Italy announced $7bn of public financing to a gas project in Mozambique. Maputo-based E3G analyst Jonathan Gaventa told Climate Home News: “Future projects of this type will be much more difficult to finance”.

He added that the announcement puts in doubt whether US oil firm Exxon will be able to get US public finance for its Rovuma gas project in Mozambique. Shell and Equinor’s gas project in Tanzania will be difficult to finance too, he said.

The signatories to this commitment pledged to  “encourage further governments, their official export credit agencies and public finance institutions to implement similar commitments into COP27 and beyond”.

While France did not sign the agreement, E3G’s sustainable finance expert Iskander Erzini Vernoit told Climate Home News he was hopeful that they soon would. He pointed out that French development bank Agence Française de Développement (AFD) had signed the statement.

But analysts said that the big Asian fossil fuel financers – Japan, South Korea and China – are less likely to sign up soon. All three have only agreed to phase out finance for the most polluting fossil fuel, coal, this year.

The World Bank also did not sign up. In 2018-2020, it was the biggest multilateral back backer of fossil fuels, committing an average of nearly $2bn a year.

Van Der Burg told Climate Home News that the US’ changing position could influence the bank. The US is the biggest shareholder in the World Bank and all of its presidents have been US citizens.

This article was updated on 9 November to include Germany and the Netherlands’ signing of the pledge and on 10 November when Spain signed the pledge.