On Twitter, WWF donors threatened to cancel their subscriptions, accusing the nature charity of greenwashing Ethereum and Bitcoin 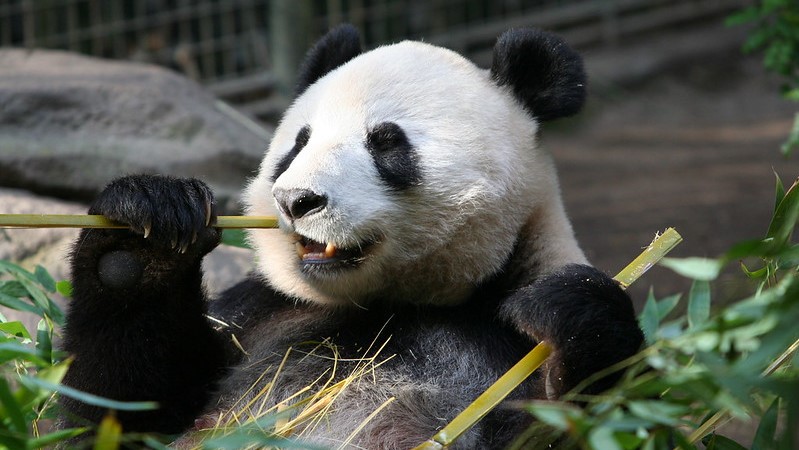 A Great Panda in a zoo in California (Photo: Amy the Nurse/Flickr)

Leading conservation charity WWF is facing a huge backlash after announcing plans to sell non-fungible tokens (NFTs) to raise money for the preservation of 13 endangered species.

WWF-UK said it was planning to mint NFTs in the form of digital artwork representing the endangered animals on an “eco-friendly” blockchain and put them up for sale on Thursday.

The charity says the sale of these NFTs will help fund its work to stop the climate and nature crisis and help protect “cherished wildlife” such as rhinos, leopards and gorillas and their habitats.

Followers on Twitter reacted furiously to the news, citing the emissions associated with generating NFTs. They accused the campaign group of harming the environment it claims to protect, with several backers threatening to cancel their donations.

In thousands of replies and quote-retweets of the announcement, critics called WWF “utterly irresponsible”, “out of your mind” and said it “can’t be taken seriously anymore”.

“If you think this was an awful idea that undermines everything WWF stand for? You’re right,” tweeted Amanda Leek.

Gonna take the year I worked for WWF off my CV and start telling prospective employers I was in jail. https://t.co/oKuFV9mY2R

WWF-UK argues that the NFTs and blockchain technology are “here to stay” and that by engaging with the technology “in a responsible way”, it can create a new revenue stream to fund vital conservation work.

NFT buyers will be rewarded with “real-world experiences”, including online meetings with leading conservationists, invitations to WWF events, and all-expenses paid trips to see WWF’s work on the ground.

Crypto bubble: The hype machine behind a $70,000 carbon credit

Those NFTs will  be minted on a blockchain called Polygon, a new generation blockchain which uses much less energy than that of Ethereum or Bitcoin. WWF calculated that a single transaction on Polygon has the equivalent carbon emissions of a single glass of tap water.

But experts have refuted the claim this makes Polygon “eco-friendly”.

Polygon is a side-chain of the Ethereum blockchain and depends on it to function. Ethereum is planning to move to a more energy efficient security test which would greatly reduce its energy consumption. But the network currently has a carbon footprint the size of Sweden.

Off-duty technology journalist Alex Hern noted that to convert Polygon into British Pound Sterling requires a transaction through Bitcoin – which has a carbon footprint equivalent to Kuwait’s.

Hern said WWF’s calculation was “hiding the Ethereum and Bitcoin emissions your NFT sale generates somewhere they can’t be easily attributed to you”.

A spokesperson for WWF-UK told Climate Home that Polygon has “comparatively negligible environmental impact” and added that the group was “always looking at innovative ways to engage WWF supporters and fundraisers and trial new ideas”.

But it could backfire. While some social media users said they thought it was a joke from a parody account, others warned they would halt their donations should the initiative go ahead.

I thought this was a parody account. This is the snake eating its own tail. It’s over. Shut it down. https://t.co/t3eWQSUtTZ

Please rethink this decision, WWF. I’ve been a loyal supporter for many years, but by adopting this policy you are working against your mission statement, and that is not an action I would be able to continue to support. NFTs ARE a pressing threat to environment and conservation

This is a good day to cancel your WWF donations. https://t.co/GwWY0k6nRu

This is not the first time WWF has sold NFTs to raise funding. In November last year, WWF Germany released crypto art in the form of “non-fungible animals” on Polygon. The move prompted a similar backlash with many of the charity’s supporters urging it to reconsider.

In an apparent subtweet of the controversy, rival green group Greenpeace EU posted a picture of the NFTs it supports: Natural Forest Trees.

yeah we think #NFTs could be the next big thing pic.twitter.com/1yRBy6bjLI