UN bodies are partnering with NJ Ayuk, an oil and gas lobbyist with a murky past, on a flagship African energy initiative 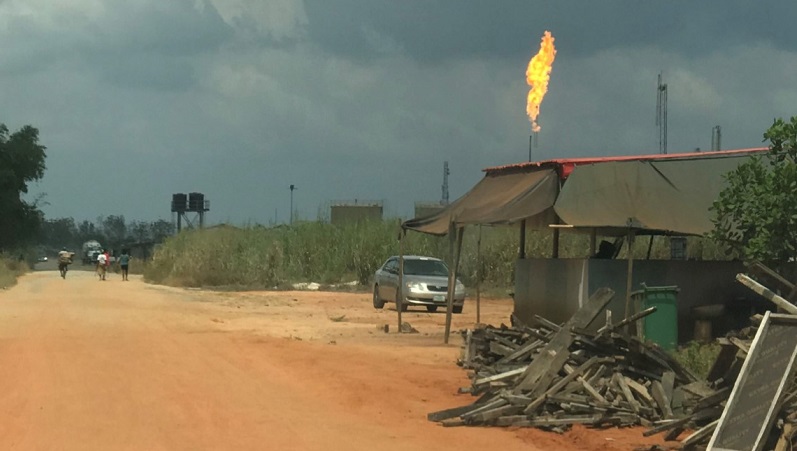 The UN teaming up with an oil and gas lobbyist would raise a few eyebrows. How about a convicted fraudster and alleged money launderer?

The UN Economic Commission for Africa (Uneca) and Sustainable Energy for All (SEforAll) are behind the initiative.

The Cameroonian-born lawyer describes himself on his website as “an internationally-acclaimed thought leader, lawyer, thinker, speaker and entrepreneur, who advises major companies on corporate strategies with a focus on investing in Africa’s future”.

But behind Ayuk’s slick appearance and gushing marketing prospectus is a murkier past.

In 2007, Ayuk pleaded guilty to illegally using a US congressman’s stationery and signature stamp to obtain visas to the US for 11 people from Cameroon. He was sentenced to 18 months’ probation and expelled from the country.

In connection with law firm Centurion Law Group, which brokers oil and gas deals across the continent, he was investigated for money laundering by Ghana’s central bank.

At Cop27, Ayuk is on a mission for gas deals.

“Drill baby drill: that should be Africa’s message to the world. If you want to solve energy poverty, gas baby gas,” Ayuk told Africa Energy Week in South Africa last month. “We need to go to Cop27, backing up our energy producers. We should not be apologizing for our energy sector.”

Ayuk did not respond to a request for comment at time of publication.

Jean Paul Adam, climate director at Uneca, said the commission “is working with a range of private-sector partners to support this initiative. The major focus of these investments will be in renewable energy.”

Tracey Crowe, senior director at SEforAll, said: “We do not support any view that does not champion a sustainable energy transition.”

Today at #COP27 Alaa Abd El Fattah’s sister Sana was speaking at a press briefing addressing the unjust incarceration of her brother and demanding his immediate release
She was confronted directly by an Egyptian government rep who had to be escorted out by UN security #FreeAlaa pic.twitter.com/Xm28c9IHKy

An Egyptian lawmaker was escorted away by UN security after confronting Sanaa Seif, sister of imprisoned activist Alaa Abd el-Fattah, at a press conference. Amr Darwish, a real estate businessman and youth coordinator for the government, harangued her in Arabic and denied that el-Fattah was a political prisoner.

The wild west of corporate net zero targets now has set of laws – well guidelines. And Big Oil’s marketing departments aren’t going to like them.

In a packed-out meeting room in Sharm el-Sheikh, self-described “recovering politician” Catherine McKenna laid out the findings of her 16-person, globe-spanning panel on what net zero means for corporations, cities and regions.

“You cannot be a net zero leader while continuing to build or invest in fossil fuel supply”, she said, to applause from the audience. That rules out every oil major and a lot of banks and pension funds.

The report had been commissioned by UN secretary general Antonio Guterres and he came along to bless the findings.

After shaking hands with the panel members in the front row, he said: “Using bogus ‘net-zero’ pledges to cover up massive fossil fuel expansion is reprehensible. It is rank deception. This toxic cover-up could push our world over the climate cliff. The sham must end.”

No wonder McKenna introduced him as “the best plain talker on climate that I know”.

The taskforce set other stringent rules: reduce emissions before you buy offsets, set interim targets and don’t lobby (either directly or through a trade association) against climate action.

So if a company like Shell wants to get the UN’s seal of approval for its net zero alignment then it must stop investing in new fossil fuels and leave groups like the American Petroleum Institute.

One sharply-suited man in the audience was overheard to say: “It’s going to be hard for my people. We will be out of compliance.” Perhaps that’s the best endorsement the taskforce could get.

No nation has suffered more from climate disaster this year than Pakistan, where floods have killed and displaced thousands. But, as Pakistan’s pavilion warns in bold letters: “What happens in Pakistan won’t stay in Pakistan.”

The country’s prime minister Shehbaz Sharif said on Tuesday: “Imagine on one hand we have to cater for our food security for the common man by spending billions of dollars and on the other we have to spend billions of dollars to protect flood affected people from further miseries and difficulties. How on earth can one expect from us that we will undertake this gigantic task on our own?”

Barbados’ Mia Mottley said countries should not have to choose between education, health and reconstruction. She called the inclusion of loss and damage on the official agenda a “significant achievement. One that we have been fighting for for many years”.

South Africa’s president Cyril Ramaphosa threw his weight behind Mottley’s Bridgetown Agenda. “Multilateral development banks (MDBs) and institutions need to transform,” he said. “At present multilateral support is out of reach for the majority of the world’s population due to funding that is risk averse as well as conditionalities.”

That’s a reference to the Indonesian G20-led review of MDBs’ “capital adequacy framework”. That controls how much they invest and how much they keep in the bank just in case. The review said the ratio should shifted to the former. If that was spent on the climate, it would be a game-changer.

On Sunday, the MDBs joint statement asked for “more lending capacity”, which was interpreted as an endorsement of the review.

“Everyone is upset that the $100bn has not been fulfilled.”

“Its at $90-something…when I got 90-something on a test at school I felt pretty good.”#COP27 pic.twitter.com/efZ42qrvK7

US climate envoy John Kerry said yesterday: “Everyone is upset that the $100bn has not been fulfilled. “Its at $90-something… when I got 90-something on a test at school I felt pretty good.”

He was talking about the $100 billion climate finance target, set in 2009, was not a maximum level to be aimed at like a test score.

Unlike a test score, it is in developed countries’ power to meet the target. They can just sign the cheques. Although the US’s separation of powers means the president needs congressional support for some spending.

Climate finance is also not at “$90-something”. According to the OECD’s statistics, it was at $83.3 billion in 2020. The US is responsible for the vast majority of that shortfall.

If you exclude money from the private sector which governments take credit for, known as “mobilised private finance”, it was $68.3 billion.

Oxfam calculates the real figure at more like $21-24.5 billion. Rich countries count concessional loans at face value. Oxfam argues they should only take credit for the added value compared to a commercial loan.

To extend the dodgy analogy, a score in the twenties would have got Kerry kicked out of Yale.

Adaptation agenda – The Cop27 presidency has released a set of 2030 goals which form the “adaptation agenda”. They include adaptation finance, access to clean cooking, early warning systems and investing $4 billion to secure the future of 15 million hectares of mangroves.

Loss and damage pledge – Austria has pledged €50m ($50m) for “loss and damage” over the next four years, the climate minister Leonore Gewessler tweeted.

Free Alaa – UK prime minister Rishi Sunak raised the case of political prisoner Alaa Abd el-Fattah, who stopped drinking water on Sunday, with Egypt’s Abdel Fattah el-Sisi during a bilateral meeting, the UK said. Egypt’s readout does not mention the issue. His sister Sanaa Seif pleaded for his release at Cop27 during an overcrowded event Tuesday.

Midterms misinformation – Amazon has made campaign contributions worth $138,000 to 25 climate deniers standing in the US midterm elections, journalist Michael Thomas reports. The e-commerce giant positions itself as a climate leader. The outcome of Tuesday’s poll will affect how far Congress supports climate action.

Africa’s renewable leader – Germany wants to help Kenya get from 90% renewables to 100%, its BMZ development ministry says. The two countries have announced a partnership at Cop27, with the details to be fleshed out in December. After Kenya’s power needs are met, it can use the electricity to make green hydrogen, BMZ said.