On his first day in office as Brazil’s president, Lula da Silva signed a package of seven executive orders to protect the environment 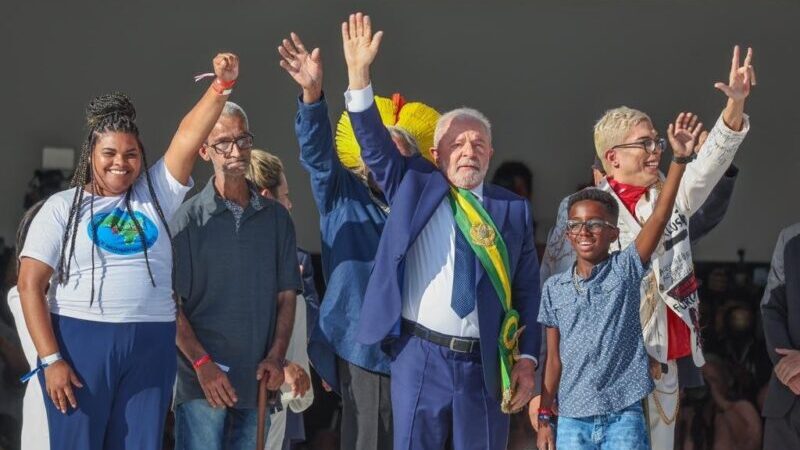 In his first day in office, Brazil’s new president, Lula da Silva, signed a package of seven executive orders aimed at controlling deforestation in the Amazon and re-building the country’s environmental institutions.

As part of the package, Brazil’s new leader reinstated the Amazon Fund, a $1.2 billion fund to protect of the world’s largest rainforest, after a three-year period of inactivity.

Donors Germany and Norway suspended transfers to the fund in 2019, under the previous government of Jair Bolsonaro, after the former president unilaterally suspended the board of directors and the technical committee of the fund.

The fund, which was established during Lula’s second term in 2008, supports 102 conservation projects in the Amazon, among them forests managed by indigenous people and small-scale farms.

Among the first executive mandates, Brazil’s new president also moved the Rural Environmental Registry —which tracks all rural land-ownership— from the agriculture to the environment ministry, extinguished the possibility of conciliating environmental fines and reactivated a plan to prevent and control deforestation in the Amazon.

“There is still a long way to go, but what we’ve seen at the beginning of this mandate is a right start and demonstrates the importance that the issue has gained on Lula’s agenda,” said Marcio Astrini, executive secretary of the Brazilian NGO Climate Observatory.

Lula was sworn into office for a third term on Sunday, after defeating rightwing incumbent Bolsonaro by a thin margin in October’s general election. Bolsonaro’s policies led to a 60% increase in deforestation in the Amazon.

Brazil’s new president promised to achieve zero deforestation in the Amazon and 100% renewable electricity during his inaugural speech, adding “Brazil does not need to cut down forests to keep and expand its strategic agricultural frontier”.

“The world expects Brazil to once again become a leader in tackling the climate crisis and an example of a socially and environmentally responsible country, capable of promoting economic growth with income distribution,” he said.

Lula appointed former environment minister and activist Marina Silva to once again lead the country’s green efforts. He also created the Ministry of Indigenous Peoples, to be led by the influential Amazonian leader Sônia Guajajara.

The new government’s environment team is promising, said Astrini, but he also warned that Lula will have to negotiate without a majority in Congress, which is dominated by legislators linked to Bolsonaro’s party and to the “ruralist” movement defending agribusiness in the Amazon.

A package of three Bolsonaro-era bills being discussed in Congress could trump Lula’s efforts to control deforestation in the Amazon. These projects would respectively allow for the relaxed use of pesticides, land-grabbing in public forests and weaker regulations for environmental permits.

“Our current Congress is extremely hostile to indigenous and environmental affairs. We have grown used to that. We need a government that defends the environment and that can face that Congress,” said Astrini.