OECD figures show international climate finance increased by just 2% from 2018 to 2019, leaving a $20 billion shortfall to the 2020 target 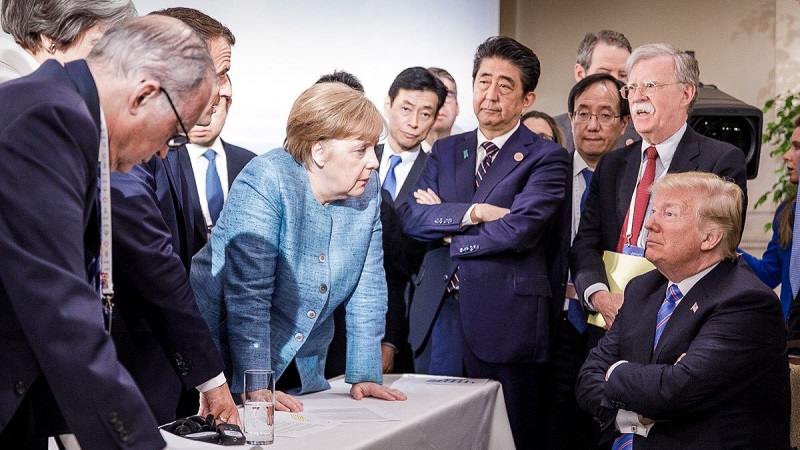 Wealthy countries are highly unlikely to have met their promise to collectively deliver $100 billion of climate finance a year by 2020, according to the latest OECD data.

The data shows that in 2019, rich countries mobilised $79.6bn in climate finance. Much of this was in the form of loans, some of them on commercial terms, rather than grants.

The increase was due to a rise in funding from multilateral development banks, which cancelled out falls in bilateral and private finance.

The head of the OECD, Mathias Cormann, said the “limited progress” was “disappointing, particularly ahead of Cop26”.

“More needs to be done,” he added. “We know that donor countries recognise this, with Canada and Germany now taking forward a delivery plan for mobilising the additional finance required to reach the $100bn a year goal.”

Oxfam policy adviser Jan Kowalzig said these figures were “of grave concern” and “damages the carefully crafted balance of trust in the international climate regime around the Paris Agreement”.

Cop26 President-designate Alok Sharma said “there is no excuse” for this lack of progress, “delivering on the $100bn goal is a matter of trust” and developed countries should “step up their climate finance pledges”.

As the annual data has approached 2020, the chances of the target being met have diminished each year.

This has led to anger from developing countries, who say they can’t afford to reduce emissions and protect themselves from climate change without the support of wealthy countries who have historically emitted far more than them.

According to research by the Overseas Development Institute, just three out of 23 rich countries gave their “fair share” of the $100bn target in 2017-18.

ODI’s assessment of how much rich countries are delivering compared to their “fair share” based on wealth, population and emissions

The country with by far the biggest shortfall was the US, then led by Donald Trump. Joe Biden is expected to announce an increase in US climate finance at the UN General Assembly on Tuesday.

Data for 2020 is expected in the first quarter of 2022 at the earliest, according to the OECD. It is not expected to close the gap, as the coronavirus pandemic took a toll on finance flows last year.

Countries are set to start negotiating what the successor to the $100bn goal should be at Cop26 in Glasgow, UK this November, with a decision due in 2024.

Developing countries say donor countries should commit to provide at least $100bn annually in public finance alone from 2025. This should be complemented by a goal for mobilised finance from the private sector, they say.

“We vulnerable countries are not asking for much,” said Sonam Wangdi, of Bhutan, chair of the LDC group in July. “Just that richer countries, who have caused this problem, take responsibility by cutting their emissions and keeping their promise to help those their emissions have harmed.”