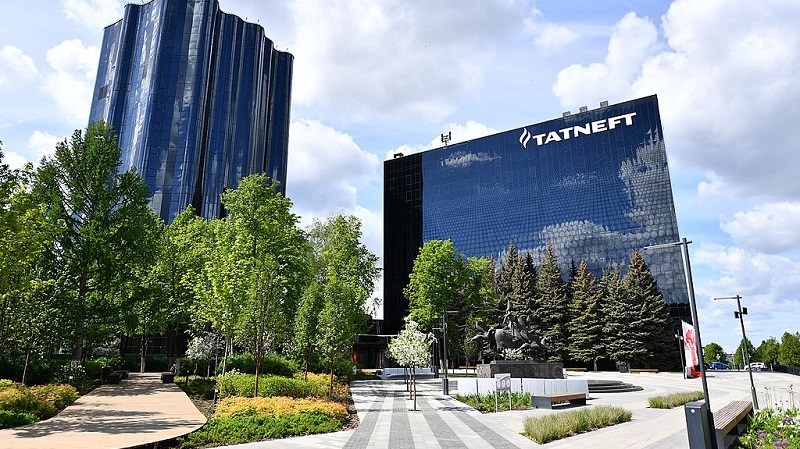 Tatneft is part-owned by the government of the Russian province of Tatarstan (Photo: MikMLs/Wikicommons)

The Science-Based Targets initiative (SBTi) has kicked five oil and gas companies off its website while it works on criteria for how fossil fuel producers can set climate targets compatible with 1.5C or 2C of global warming.

The SBTi, which was formed by a coalition of green NGOs, was planning to unveil those criteria in 2021.

Instead, it announced this month it will no longer accept commitments from fossil fuel producers. The five firms it has removed include Russian oil company Tatneft, which is part-owned by the government of Tatarstan province.

SBTi’s technical director Cynthia Cummis told Climate Home: “We decided it was just a reputational risk for SBTi to continue to accept commitments from oil and gas companies when we don’t know when the method will be available to use.”

Campaigners welcomed the move. Oil Change International’s research director Kelly Trout said: “Science-based climate commitments from fossil fuel producers do not yet exist, and so it’s very welcome that SBTi is taking extra measures to make this clear in their policy”.

But, she added: “SBTi is still developing an oil and gas sector target-setting standard, so it remains to be seen how ambitious that standard will be and how oil and gas companies will respond to it”.

After several years of on-and-off discussions, Cummis said SBTi had drafted criteria for oil and gas companies which needed to be checked internally by technical experts and then “peer reviewed” by an external group.

This group includes representatives of oil and gas producers like Shell, Total, BP and California Resources Corporation as well as NGOs like World Wildlife Fund, World Resource Institute, Carbon Tracker and academics and investors like HSBC and Aviva.

Commenting on fossil fuel firms’ involvement, Cummis said: “It’s critical to have the companies participate in these processes as well because you need to make sure that, while the standards are robust and aligned with science, they also have some degree of practicality so that they ultimately are adopted”.

Plastics resolution tees up battle over oil industry’s plan B

She added: “It would be great to develop really robust standards but if nobody adopts them then they’re not very useful… If they have some say in how they’re developed then you’re more likely to get them to buy into these standards and adopt them.” SBTi charges companies up to $14,500 to validate their targets.

But Tzeporah Berman, chair of the Fossil Fuel Non-Proliferation Treaty told Climate Home that fossil fuel companies “are not going to design their own demise” and “investors and governments must stop falling for the distorted math and false promises of the industry that are fuelling the crisis with their delay tactics”.

SBTi was accused recently of offering a “platform for greenwashing”. In response, it said it “welcomes stronger scrutiny” and that most of the criticisms were based on its old methodology which had been tightened up in October 2021.

The draft criteria for oil and gas firms included both an absolute emissions reduction target and an intensity target, Cummis said. Carbon offsets would not be taken into account and it would cover the emissions from the wellhead to the tailpipe.

The International Energy Agency has said that if the world is to limit warming to 1.5C then there should be “no new oil and gas fields approved”. A condition on new production is under consideration, Cummis said, but: “We don’t necessarily dictate what strategy a company uses to meet target. We dictate what is the level of ambition.”

No major oil and gas company has committed to stop new oil and gas production. Shell is aiming to reduce production by 1-2% a year – slower than the natural decline rate of around 4% for existing fields.

Krista Haltunnen researches oil and gas companies’ low-carbon transition plans at Imperial College London and was one of the experts consulted by SBTi. She told Climate Home: “To be compliant [with 1.5 or 2C of warming] your company needs to have a plan for eventually not being a fossil fuel company anymore.”

One company which has done this is Orsted. Formerly known as Dong, it drilled oil and gas in the North Sea before selling off its oil and gas assets to become the largest offshore wind power company in the world. 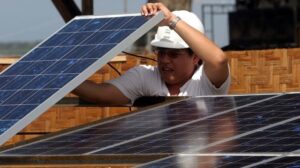