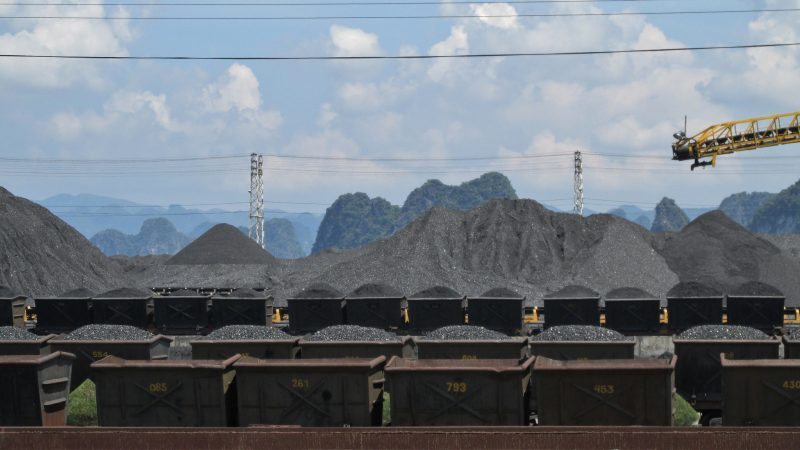 By Joe Lo and Reuters

Wealthy countries and banks will provide $15.5 billion to help Vietnam transition away from coal, the UK foreign ministry announced on Wednesday.

Half of the money is to come from governments, the Asian Development Bank and the International Finance Corporation. The rest will come from private investment co-ordinated by the Glasgow Financial Alliance for Net Zero.

An initial amount of $15.5 billion in public and private finance will be disbursed over the next three to five years, according to the press release.

The deal will help Vietnam to peak its greenhouse gas emissions by 2030, bringing forward a previous 2035 projection, limit its peak coal capacity to 30.2 gigawatts (GW) instead of an initially planned 37 GW, and source 47% of its power from renewable energy by 2030, the statement said.

The contributors claim delivering on these targets will save around 500m tonnes of carbon dioxide by 2035. That’s about the same as the nation of Turkiye emits every year.

The deal is backed by the G7 group of big wealthy nations plus Denmark and Norway.

A minor part of the funding will be grants, while most of the public investment will be loans, a Reuters source said.

Andri Prasetiyo, from Trend Asia said: “The initial $15 billion funding needs to offer a sufficient portion of grants or at least a more soft loan portion. I am concerned that if Vietnam’s JETP arises only as a new form of loan, it could fail to support the crucial aspects of a just transition, which is strongly tied to a sense of responsibility and assistance from developed countries to developing countries.”

Contributors have not released a breakdown of which governments are giving what amount to Vietnam. They were similarly opaque about the breakdown for Indonesia but Climate Home obtained the details for the South Africa deal.

Vietnam, among the world’s top 20 coal users, was initially slated to sign the “Just Energy Transition Partnership” with G7 nations at the global Cop27 climate summit in November, but high-level talks stalled before the meeting.

To persuade Vietnam to back the offer, Western negotiators led by the European Union and Britain have repeatedly increased the amount of funding offered to Hanoi.

Another point of contention was Vietnam’s imprisonment of anti-coal activists on tax evasion charges. The US has condemned the imprisonment of Khanh and fellow activists Mai Phan Loi, Bach Hung Duong and Dang Dinh Bach.

The deal is the third of this type reached by G7 nations, as pressure mounts on them to help poorer countries cope with climate change and transition to cleaner energy.

The group signed similar deals last year with South Africa and last month with Indonesia. In all three negotiations, the share of grants versus loans was a battle line.

The G7’s deal with Indonesia promised $10 billion in public funds to shut down coal plants there and bring forward the sector’s peak emissions by seven years to 2030. South Africa was promised $8.5 billion.

Vietnam’s Environment Ministry did not immediately respond to a request for comment.