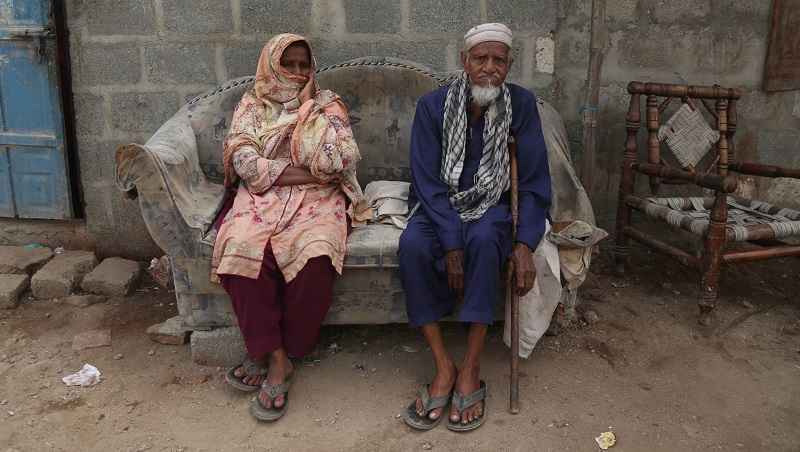 As we move into 2023, “climate adaptation” is a phrase which is increasingly on the lips of besuited, well-paid people in air-conditioned rooms.

That’s a good thing. Adapting to the effects of climate change hasn’t got the love it should have done, despite the best efforts of the Global South.

But it needs to be done right. This week, Luavut Zahid revealed that a World Bank scheme to clear out trash-clogged drainage channels in her home town of Karachi has gone spectacularly wrong.

It was supposed to help the city – vulnerable slumdwellers in particular – avoid flooding by taking the water from the streets to the sea. That would have been useful when the monsoon on steroids hit last August. But two years in, there is little to show for it except a surprisingly high bill for office furniture.

Worse, provincial officials took the $100m scheme as a green light to knock down thousands of unplanned homes alongside the drainage channels. Luavut spoke to one elderly couple, Ruksana and Sadayat, sat on the sofa of what was their living room and is now just part of the street.

The World Bank distanced itself from the demolitions and said construction of waste disposal facilities would start early in 2023. Results can’t come soon enough for Ruksana and Sadayat, who so far have seen only vandalism.

Speaking of unintended consequences, the Mexican government said this week it would introduce rules on solar geoengineering after a Silicon Valley tech bro went rogue on their territory.

Luke Iseman of Making Sunsets sent a balloon full of sulphur into the sky in Baja California – in an attempt to fight global warming and sell “cooling credits”.

The stunt has drawn attention to the lack of any regulation of geoengineering. At the moment, it’s perfectly legal for anyone to pump any amount of sulphur into the air almost anywhere in the world. Even if done carefully, experts say doing this on a large scale is likely to change rainfall patterns.