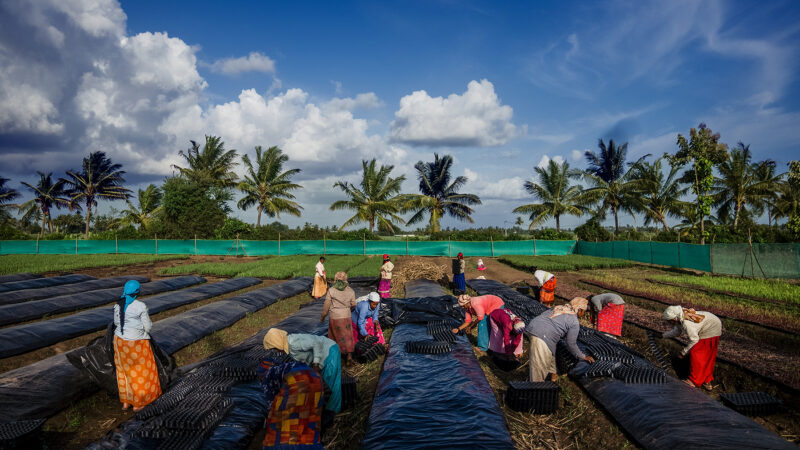 In August, Climate Home sent reporters to two sugar-growing states. In the first of a four-part series published today, they report that climate change is making the lives of sugar farmers much, much harder.

To grow sugar, you need steady weather. But the state of Maharashtra endured a heatwave followed by downpours – neither of which are good for growing sugar. So farmers are struggling to make ends meet.

Like farmers around the world, climate change is making them think about moving. But they are loathe to leave their community and their way of life for the city.

Why not grow something else, which isn’t so vulnerable to the changing weather’s whims? Because the government gurantees to buy sugar at a certain price. It does not do so for other crops like cotton and soy beans.

These sugar farmers are exactly the kind of people that Zoha Shawoo and Inès Bakhtaoui likely had in mind when they wrote for us this week that vulnerable communities must be calling the shots on how loss and damage funds are eventually dished out.

They want them on the new loss and damage fund’s board and controlling how project budgets are spent. They don’t want them to have to jump through bureaucratic hoops to get the money or have to battle over scarce funds with other victims of climate change.

As in climate talks, finance has been a key division in nature talks in Montreal this week. India was one of more than 60 nations whose negotiators got up and walked out of finance negotiations in the early hours of Wednesday.

They say the rich world says it wants to protect nature but won’t give them the money so they can do so. Ministers arrived yesterday to try and sort out the mess by Monday.

Ahead of the summit, the Global Environment Facility’s head told Climate Home this summit was “Copenhagen or Paris”. At the moment, it’s looking distinctly Danish.